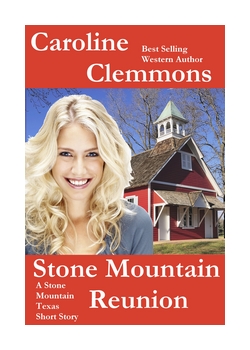 Stone Mountain Reunion is a sweet romance set in the town of Radford Crossing near Stone Mountain Texas.  Other Stone Mountain selections before this story occurs are Brazos Bride, High Stakes Bride, Bluebonnet Bride, and the novella Tabitha’s Journey. Next in the series are Christmas on Stone Mountain and Winter Bride. The story contains no sensual material.
Gwendolyn Jones expected to be met by Joel Stone as she arrived to take up her new life as school teacher for Radford Crossing. Instead she found her old sweetheart Mark Hardeman waiting for her. Mark had suddenly broken off their romance and disappeared two years previously without a word.     The last person Mark expected to see was Gwen. He thought she was married to a man named Everett Franklin.     Why had Mark left so suddenly? And why did he think she was married? Would Gwen and Mark be able to resolve their differences and take up where they had left off? 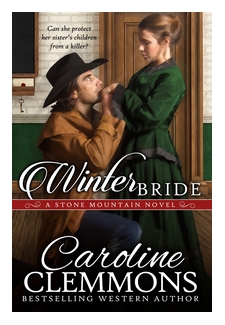 Winter Bride, a sweet western historical romance of 60,000 words by bestselling author Caroline Clemmons is a stand-alone novel of the Stone Mountain Texas series including murder, danger, and adventure.

When Kendra Murdoch’s brother in law murders her sister, she takes charge of her nephew and two nieces. Fearing the man plans the same fate for her, she seeks shelter in Radford Crossing where she opens a café to support her small family.

Determined to be self-sufficient, Kendra shuns all advances from the handsome sheriff as danger hangs heavily over her head. But can she safeguard her family alone?

Butch Parrish battled a snowstorm and a killer to rescue Kendra and the children. He’ll do whatever is necessary to protect the independent young woman who rekindles sensations he hoped were dead long ago. Protecting her, chasing a killer, dealing with the town gossips, and investigating a stagecoach robbery, Butch has a battle on his hands. 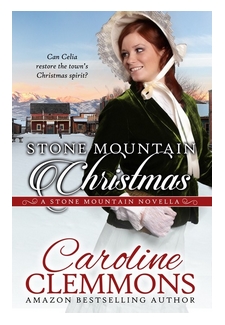 Christmas has been Celia Dubois’s favorite time of year as long as she can remember. When she moves back with her parents a year after the death of her husband, the young widow is appalled at the town’s lack of Christmas spirit. Two months earlier, banditos had burned the church and crushed the townspeople.  Celia vows to return holiday joy to the town. Perhaps doing so might help mend her aching heart. Will Celia’s plan work magic on the town?

Rancher Eduardo Montoya knows Celia is the woman for him. She enchants him with her winning smile and vivacious nature. When her father warns Eduardo away from Celia, Eduardo is both angry and frustrated. After he stops a robbery in the mercantile, will Celia’s parents change their minds about him? Can handsome Eduardo heal Celia’s sorrow?

He’s a by-the-book Texas sheriff; she’s on the run from a murder conviction...     When a tornado provides Rosalyn with the opportunity to escape the gallows, she collects her daughter Lucy and flees. They travel far enough West that Rosalyn believes she’s gone to the ends of the earth. She hopes she and Lucy will be safe in this remote North Texas town where she embarks on a new life as a dressmaker. If only she could avoid contact with people, especially the handsome sheriff who pops up every time she turns around. She fears either she or her chatterbox daughter may slip and reveal too much.     Joel Stone has been content with his life, even if it’s not the one he’d dreamed. His younger brothers are married and living nearby, his aunts have moved to Radford Springs, and he is respected for the efficient job he does as sheriff. When he meets the new widow in town, his instant attraction staggers him. She appears uninterested, but he is determined to win her hand in marriage.    But life doesn’t turn out the way either Rosalyn or Joel plan. They overcome temporary obstacles, but what of the secret she protects? Can he save her from the gallows?

Mary Alice Price is on the run from dangerous men. She had known that when her stepfather died, she would have to hurriedly escape her stepbrothers. Hadn’t she heard them promise her to the meanest  man in Texas as payment for high stakes gambling losses? One misfortune after another devils her until she links up with Zach Stone. He looks sturdy as his last name and invites her to his ranch where his two aunts will chaperone them. She figures life finally dealt her a winning hand.

Zach Stone has the sweetest ranch in all of Texas, at least he thinks he does. All he needs is a wife to build his family of boys and girls to carry on his ranch and name. He’s been jilted and vows he will never even speak to a woman again unless she's a relative. Then he comes across Alice Price and comes up with a crazy plan. He’s figured everything out, and is sure nothing can go wrong with his plan.

But life holds many surprises for Alice and Zach...

Hope Montoya knows someone is poisoning her, but who?  She suspects her mother was also poisoned and knows her father was murdered. Who wants her family eliminated? She vows to fight! She realizes she won’t last the eight  months until she turns twenty-five and her uncle no longer  controls her or her estate. Never will she be dominated by a man as she was by her father, as she has seen her mother and grandmothers dominated. If she marries, she gains control now, but only if she weds a man she can trust. Only one man meets her requirements. Can she trust him to protect her and capture the killer...but then to leave?    Micah Stone has been in love with Hope since the first time he saw her. But he was accused of her father’s murder and surely would have hung if not for his two brothers’ aid. Most in the community still believe him guilty.     But the drought has him too worried about water for his dying cattle to care about his neighbors’ opinions. When Hope proposes a paper marriage in exchange for land on the Brazos River and much needed cash, her offer rubs his pride raw. His name may be Stone, but he’s not made of it. He can’t refuse her for long, and so their adventure begins. He and Hope have to stay alive and discover the killer before they become victims in the deadly assaults.

A substitute mail-order bride?    Bear Baldwin is crushed when he receives a wire notifying him that the woman with whom he has corresponded for almost a year has passed him off to her friend.  Do the two women think he’s like an old shirt to be handed down? His mother urges him to give the substitute fiancée a chance, but his pride is stung and he hasn’t decided.    Tabitha Masterson is certain whatever awaits her in Radford Springs, Texas will be better than what her brother and that awful William have in mind in Boston. After her father’s death, her brother has become a tyrant. She escapes to start her new life in Texas, but trouble can’t be far behind. She believes if she’s married when trouble arrives, she’ll be safe. But her fiancé is reluctant to accept her as a substitute for the mail-order bride he’d courted. 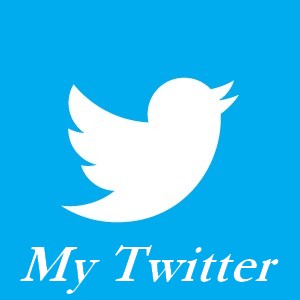 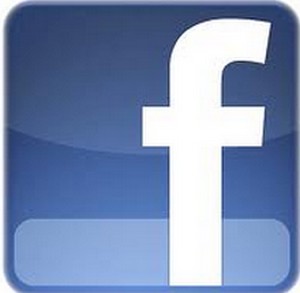